I’m taking stock now of everything I’ve done so far, with a fresh eye after the summer.

Just before the summer term ended I photographed a cone and a safety barrier in the street from various angles on order to experiment with them in photogrammetry and 3D printing. These were the pictures. Their reflective surfaces proved too much for the photogrammetry and in the end, with time running out, I switched to 3D scanning instead. I managed to grab a cone and get it scanned, with 4 mini 3D prints from it.

But now, looking at the collected pictures I took of each object, I’m interested in how the pictures and their repetition creates its own quality – graphic and almost painterly. 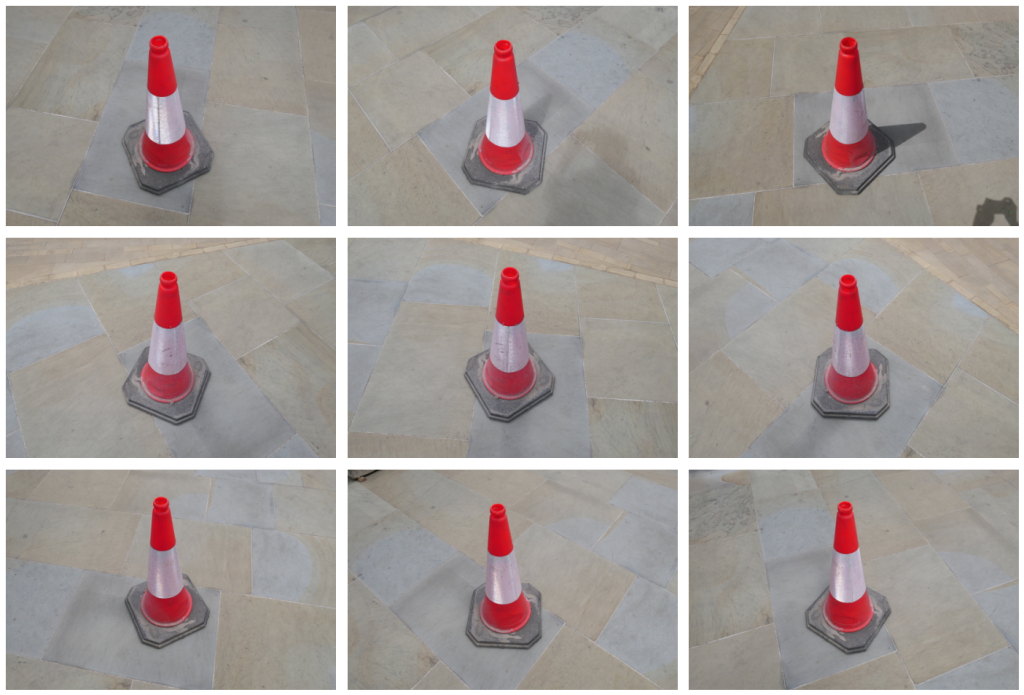 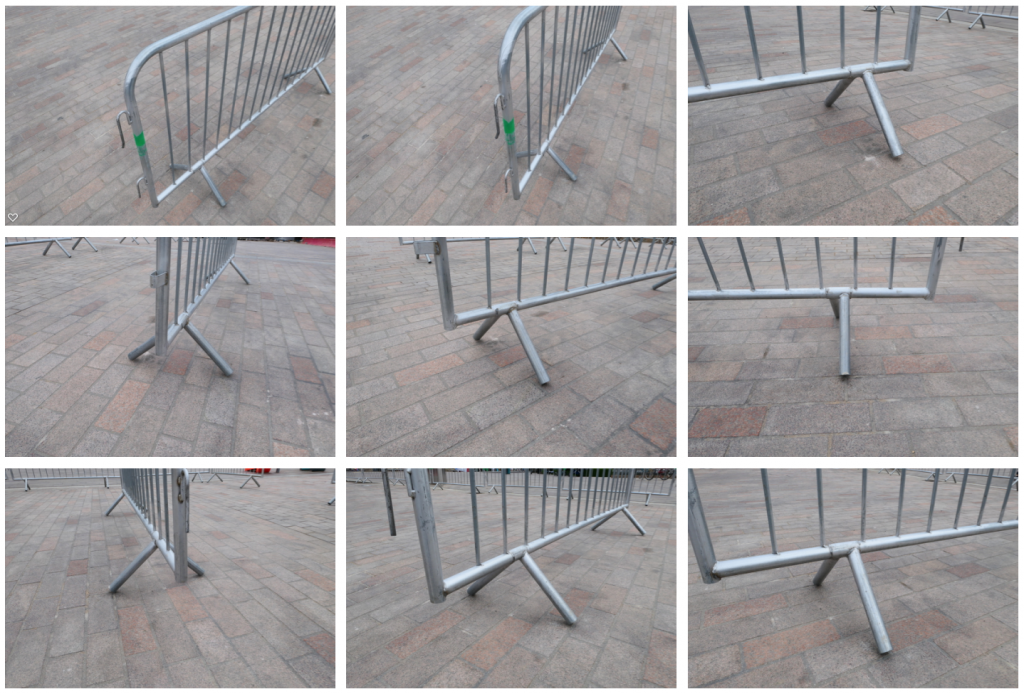