I had my interview with Jeremy Till the other day. Prior to that I also recorded conversations with a homeless guy called Scott outside Kings Cross station and a security guard. They both preferred not to appear on camera, so I had to film the edges of them to catch their words.

I wanted to see if I could enrich the film with clips of the conversations intercut with the obstructions, but in the end only the conversation with Jeremy seemed to offer succinct enough statements that I could use.

I cut together a rough film with clips of Jeremy and took it into the Swap tutor group session yesterday with Rebecca Ross. The consensus was, however, that it became almost a film about JT now, which is not what I had intended, but was a fair comment. After some discussion about possibly using more commentators and broadening the range of voices, I realised that that was taking me further away from how I wanted it to be.

So, although I spent time on the interviews and ended up not using them (although I may still include some transcript in my paper), it has at least made it clearer to me that I would rather do a film that looks simply at the visual plethora and ambiguity of the obstructions. 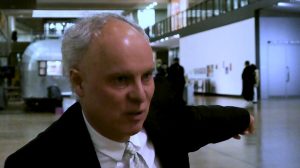 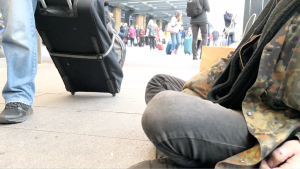 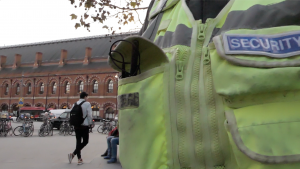